Creation of a Character Asset for a War-Themed Project

The aim of this project was to create a 3D asset that could be used in a film or a game and through the visual look of the character showcase a unique concept and a great variety of modelling skills. I wanted to make a character that was different but at the same time stay relevant to what most games and movies nowadays are based on, which is war. If you look at the top list of IMDB, you see movies such as Saving Private Ryan, Band of Brothers and The Pacific. All war movies that share the same intense scenes of soldiers fighting for their lives. However, most of them tell the stories of American soldiers. This is the same for video games. The best-selling games are titles such as Battlefield, Call of Duty or Counter Strike, all shooter games which are often set in the same type of environment which are desert-themed. Very seldom do we get to see a different part of the war. Therefore, I decided to create a Finnish soldier. The reason for doing a human model is because it is used in most projects and therefore the most important techniques to master. It is crucial to stick to the commercial platform. By making a soldier I had the opportunity to cover a lot of common materials, like cloth, leather, skin, metal and wood and at the same time learn the pipeline of character modelling. 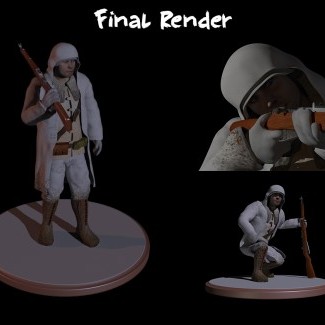 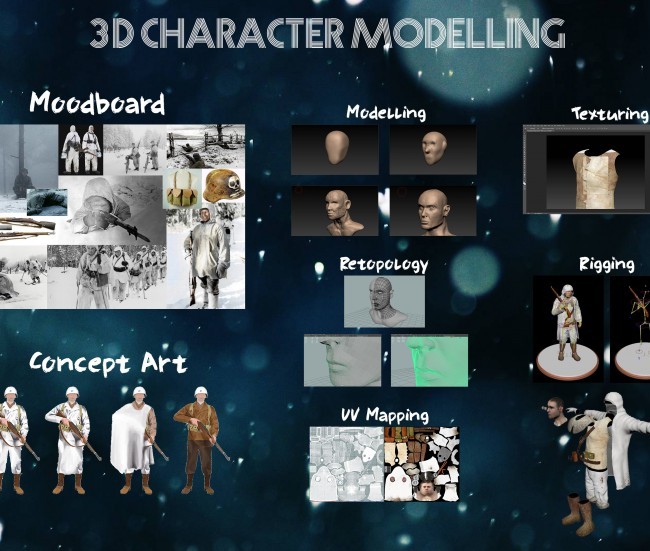 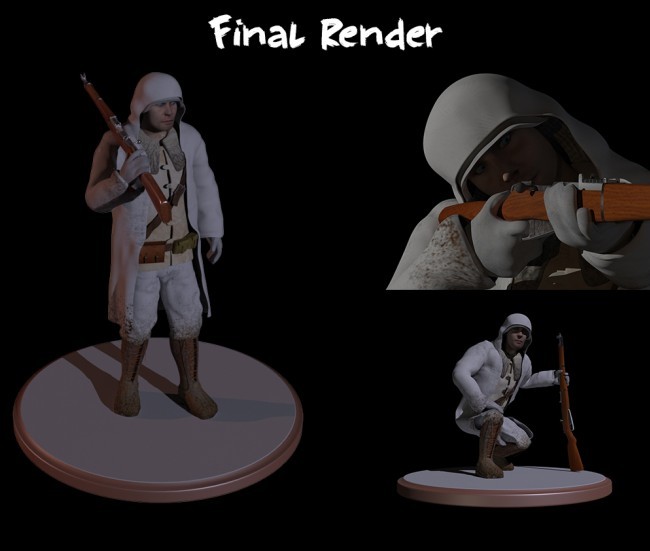