The video game industry is the largest entertainment industry in the world with over 2.3 billion people playing video games globally. Their influence is widespread and their impact can be tremendous. As such it is important that what is portrayed in videos games is done with consideration and thought.
Lost in Sands attempts to do just that, a video game based on Middle Eastern culture this game is an attempt at portraying a group which is often stereotyped and portrayed with prejudice in video games in an authentic and accurate way.

The game is designed in a 2D fashion paying homage to the classic games of the metroidvania genre.
The goal is to discover a hidden temple/city lost in the desert, the player is tasked with finding the lost city and must survive obstacles and traps along the way.
These obstacles and traps that the player encounters can cause damage or kill the player forcing them to restart from the beginning until they successfully make it to the end of the level.

Being based on Middle Eastern Culture the design of the character and environment are crucial as that is where the portrayal of the culture is done.
The Character called “The Bedouin” (Arabic for Nomad) is based or the nomadic tribes of the gulf and the Tuareg Tribes of North Africa. His design was intended to reflect these groups whilst still having its own unique flare.
The environment itself was based on the ruins of Petra and the ancient architecture of Persia as well as my time in Qatar. These locations were all inspiration for the game combining the different styles and design. 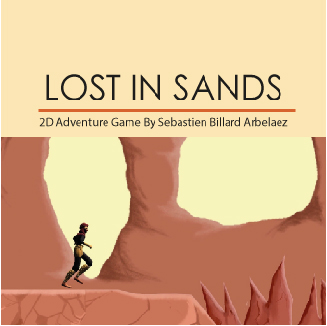 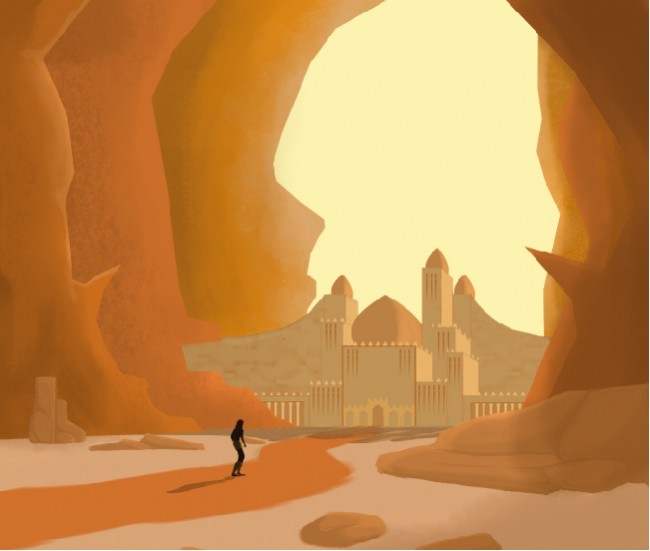 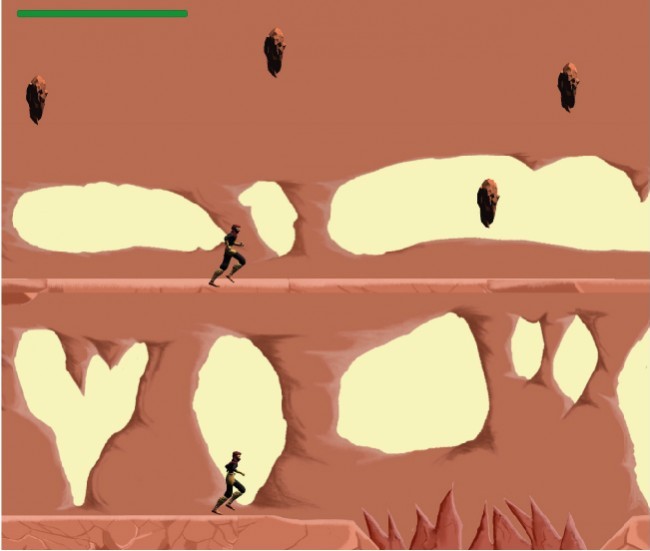 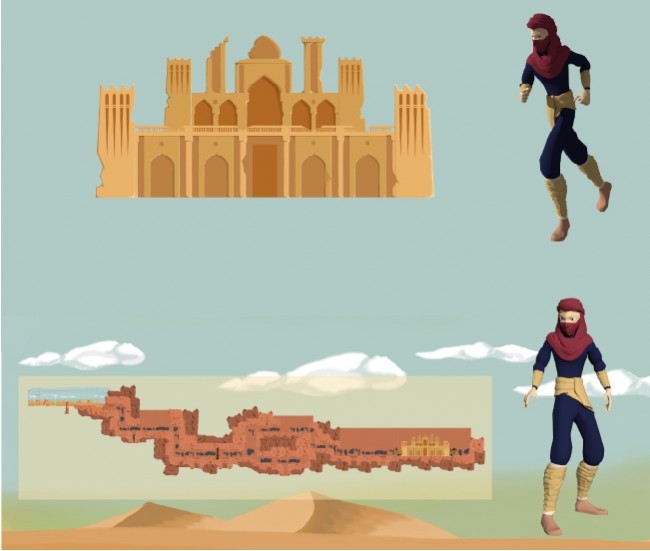