The story of Martial Bots follows a Martial Arts Masters mission to teach an Android the ways of Shotokan Karate.
This short animation brings the two sides of Japanese culture together .
The Android represents the amazing technological developments that Japan has made in the last 3 decades. From entertainments systems to car manufacturing that has contributed not only to the country but the rest of the world.The Master represent s the traditional and ancient teachings of Shotokan Karate that has been passed d down through generations that teaches not only how to fight but a way of life.

This animation was created using a combination of Motion Capture and stop motion within Maya. I designed, modelled and rigged the Android in character in Maya. While the Master Character was designed by me in Autodesk Chraracter Generator. As a former practitioner of Shotokan Karate I used motion capture along side motion builder and Shogun Post and Live to capture my movements and apply to my characters . 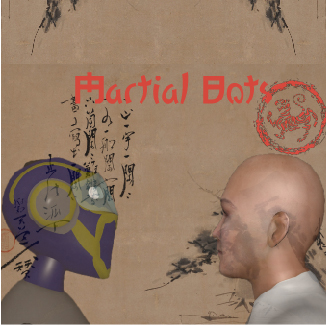 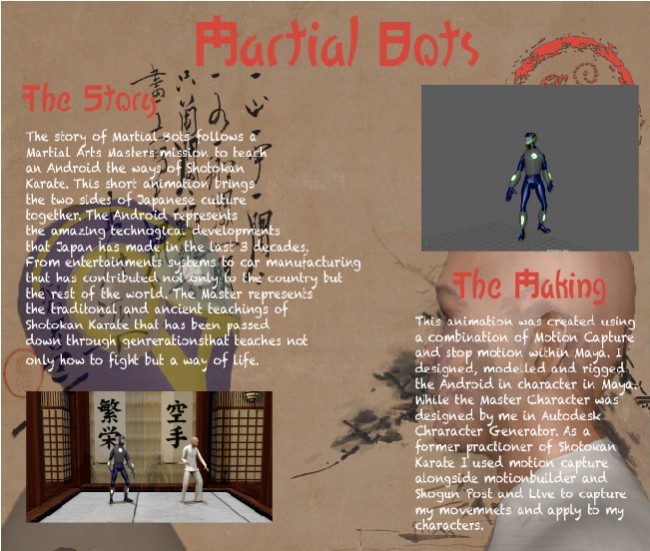