Mobiles have become an extension of our bodies. If they are not in our hand, they are in our pocket. They are never left behind. For this reason, technology can often be blamed for deteriorating basic human interaction, but if used right it can also behave as a cure.

Streetbit is a prototype of a platform that revolves around street-based artistic performances, and is aimed at altering society’s approach to daily social experiences. The beauty and uncertainty of social encounters has faded, and transformed into an online game, where people can now fully avoid interactions and isolate themselves. Streetbit is designed to improve social relationships, reinstall trust in the public, and encourage the appreciation of diversity.

Through the use of the platform, the individual can indulge in the discovery of new and fresh experiences around their city, reconnect with the community and remodel the common cynical view of the stranger. Primary and secondary research was gathered and examined in order to grasp an accurate and current standing of our society and street art. The findings drove the development of the brand, its potential marketing plan, and the necessary user experience, which eventually lead to the implementation of the final prototype.

Since the project strived to cultivate a new virtual community in the world of street art, its outcome displays a place where the street performer and the audience are encouraged to interact, build connections, and prosper at a social and personal level. Moreover, it was driven by an ambitious goal, refining and maintaining social capital, to ultimately positively affecting the entire nation. 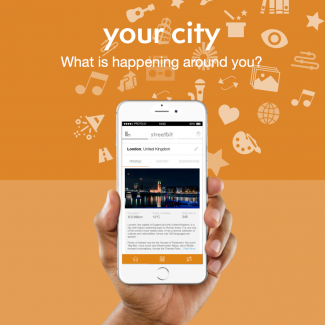 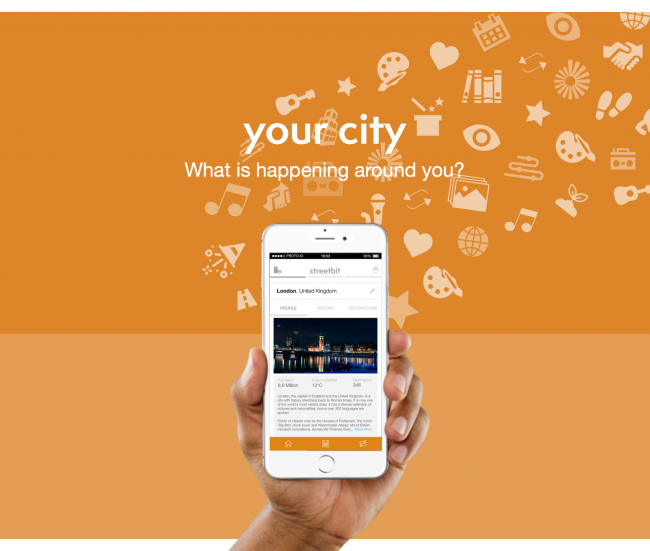 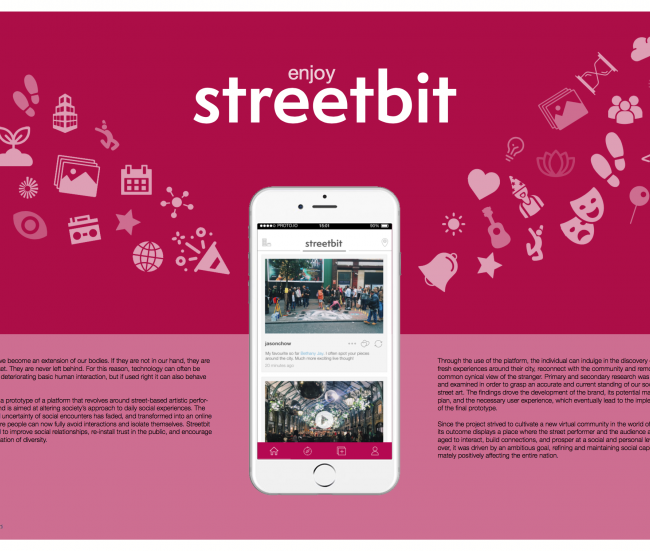 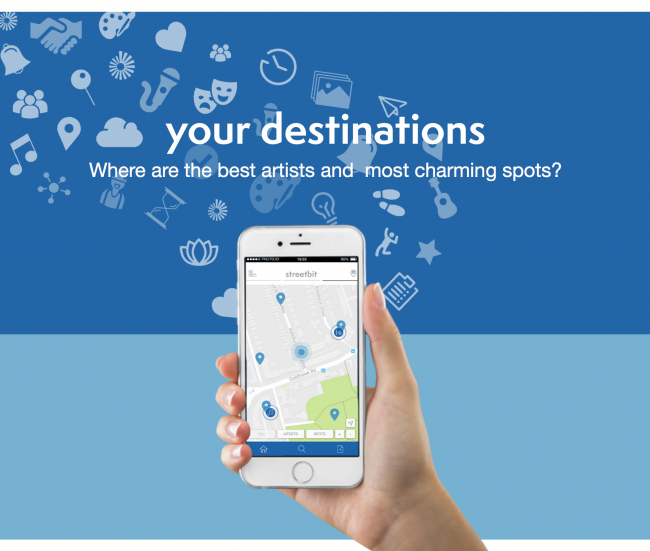