For my Final Year Project I have created some Python based scripts, designed to be integrated into a visual effects pipeline. The scripts take tasks that previously were repetitive or time consuming and reduce them into just a few clicks, saving time and frustration for the artists and saving money for the studio or company.

Despite a number of technical challenges during the development and testing phases of the project, both tools have received positive feedback from industry professionals and those from the intended users in educational environments. The scripts were primarily written using the built-in Maya Script Editor and the Sublime Text Editor, as these used colours and formatting to make reading the code easier. Regular copies were sent to Github to ensure the work was always backed-up in case any local versions were lost. 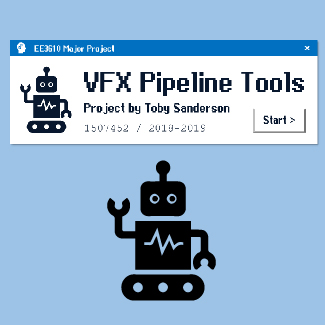 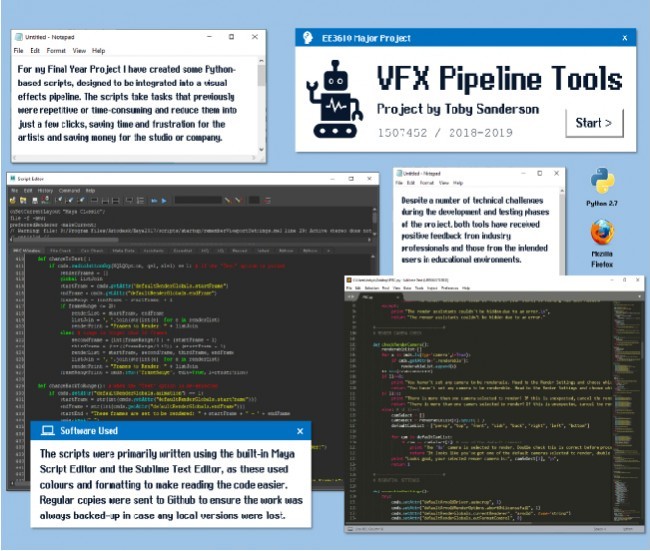 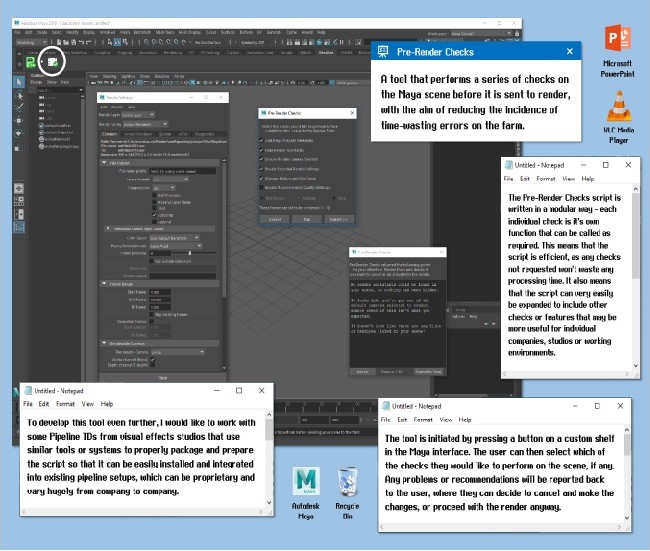