As shown using a still from my Final Year Project, this scene is set in space with shattered satellites and other space elements floating around the main character, Zaku (a mecha). The lighting has added characteristics to make the environment feel cold and dreary.

The idea of the texture is to show the battle-damaged and rusted mecha during the war. I created a number of layers to show abundant detail including cracks, scratches, leaking paint, rust, peeling paint and abrasions etc. for added realism.

Front and back view of Zaku (mecha) to show more detail, including dust cover between the forearms/legs and rear regions. These are created by Marvelous Designer rather than being modelled or sculpted due to the way the cloth is deformed and affected by the clamping of screws and joints. Marvelous Designer can automatically calculate this deformation and generate the perfect shape of the dust cover. The other image is an environmental background of Earth created in After Effects and used for a different scene where there is a war between space and Earth. 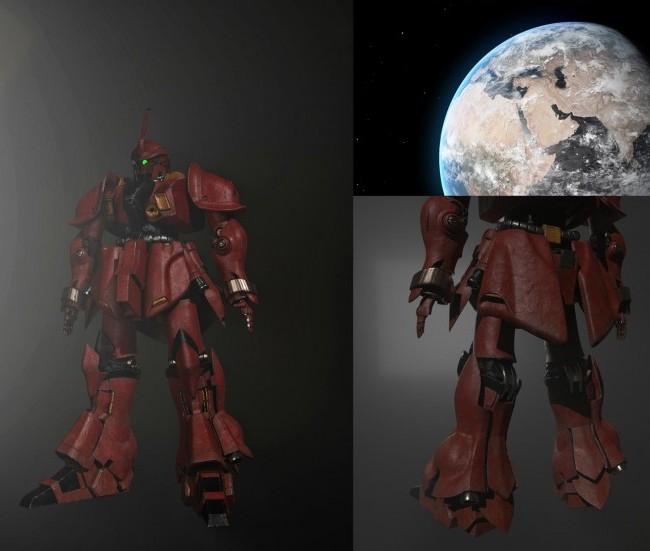 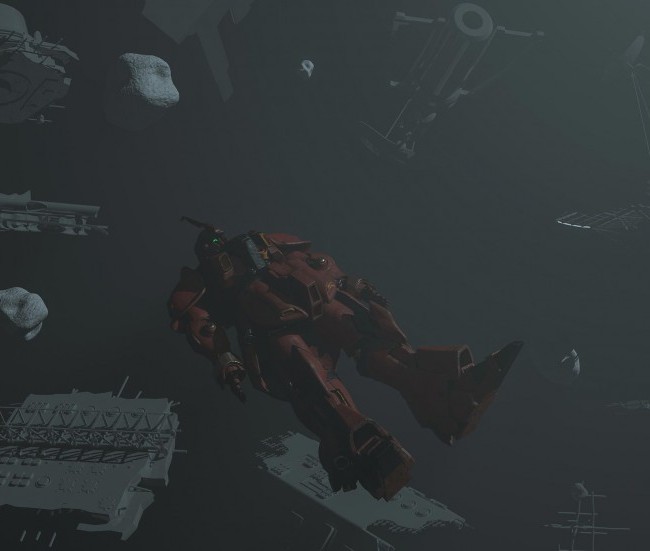 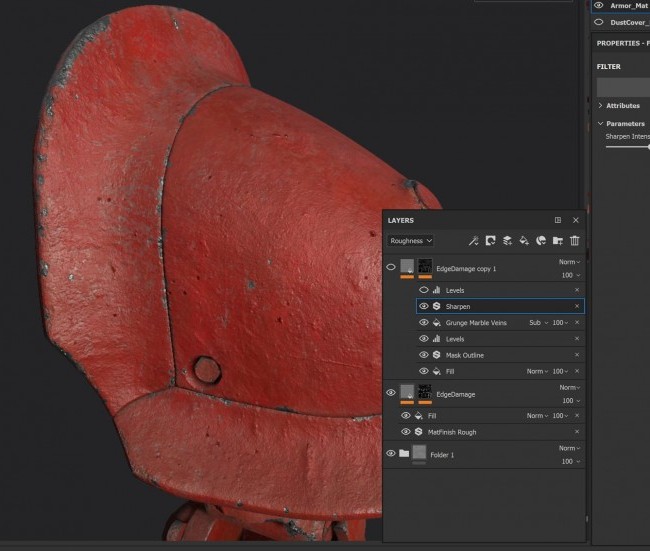