For my final major project for university, I designed, illustrated and animated an introduction/primer for a fantasy creative writing project called Vael, exploring the themes and primary plot and introducing the major characters to the audience.

This project tried to assume that the viewer had no previous understanding of the project, and acts as an advertisement or primer for the source material - which is intended to be an eventual novel series. 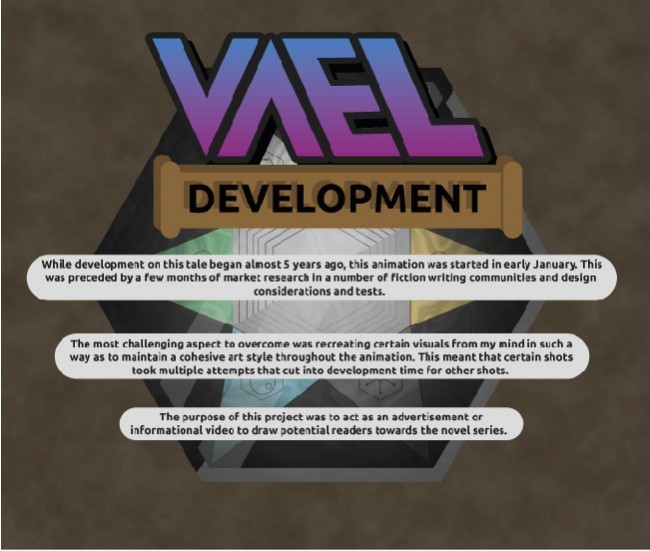