With a keen interest in graphics and motion design, I devote myself to creating artistic, imaginative and engaging visuals. Working in conjunction with the band, Rafiki, I developed a music video for them — from conception, through development and into implementation. I created over 40 vector scenes within Illustrator, which were brought into After Effects and animated to create a fully animated, 4 minute music video. This project tested my abilities, both creatively and technically, being one of the biggest, most time consuming and challenging projects I have approached.

The images seen overleaf are from a combination of projects. The pink, purple and turquoise images of urban scenes mixed with psychedelia are scenes taken from ‘The Groove’ music video. The bright green ‘Fruitfully’ image is taken from the landing screen of a high fidelity prototype app This was another challenging project, being the first digital product design project I had done. Finally, the quote poster “but the sky isn’t one thing, the sky is everything” is one poster from a set created for a graphics project. 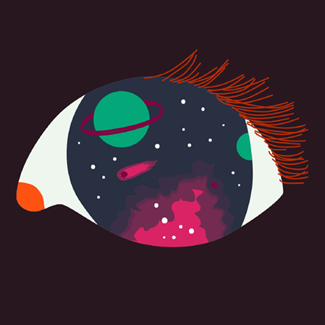 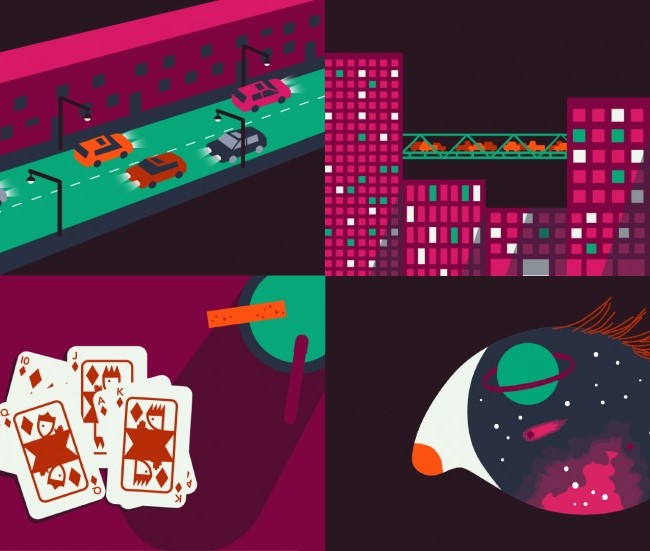